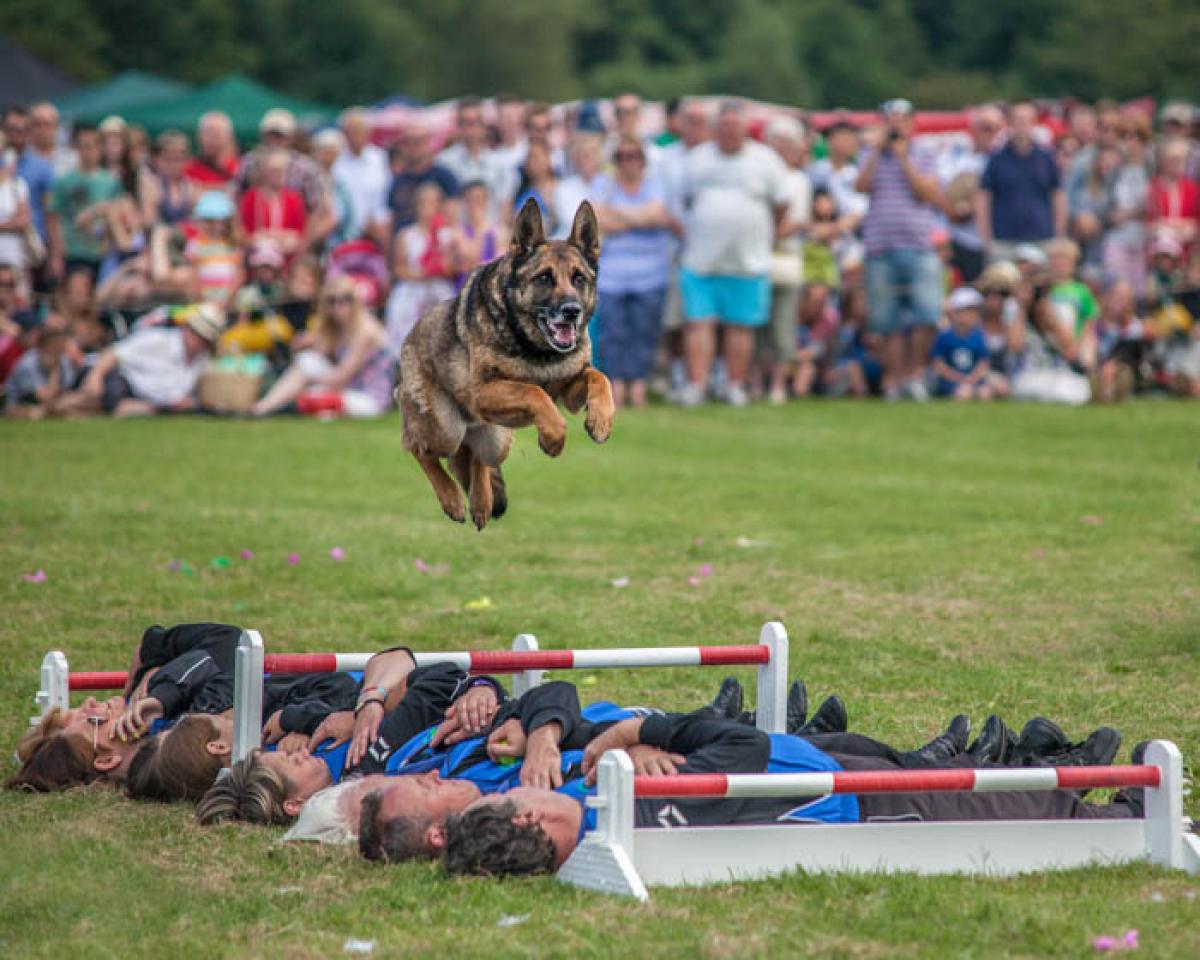 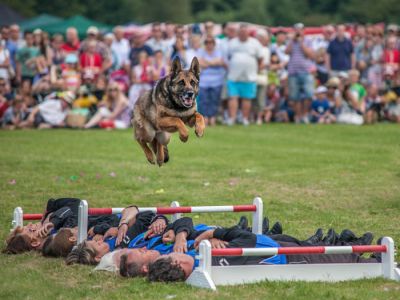 The 2017 Kingsbridge Show looks set to be bigger and better than ever before...

With the Squibb Freestyle Stunt Team and the Rockwood Dog display team booked in to the main arena, you are guaranteed a lively and entertaining day for all the family.

Jamie Squibb was British Motocross Freestyle Champion three times and has since developed his own portable ramps, enabling him and his stunt partners to bring their amazing display to Kingsbridge Show – Saturday 2nd September 2017.

You will see radical airborne motorcycle aerobatics and ground based stunts, with the biggest and best moves and tricks you are ever likely to see. Team reach dizzy heights as they launch themselves skywards to land over 30 metres away on the lorry based landing ramp. Most recent ventures for the Team was another invitation to entertain the crowds at the Goodwood Festival of Speed; taking part in the Masters of Dirt competition in Austria and competing in the World Championships in September 2015 at the O2 in London.

The Stunt Team are a very popular display and entertain crowds all over the Country. Jamie always saves the biggest and best moves and tricks for the finale leaving the crowd yelling for more.

The Rockwood Dog Display Team provides great family entertainment. The displays take the audience through every aspect of dog training from obedience performed to music, dogs jumping through 10inch hoops, agility, fly ball and active Man Work where a dog is seen to apprehend an armed criminal.

Also relevant in today's world, a child is saved by her dog whilst being absconded. A great visual effect is created when all the dogs in the team demonstrate their skill and courage by negotiating the 80ft X 8ft ramp with four fire squares. The dog display also delights the audience with their comedy routines and tricks. The show culminates in an exciting agility relay race, with two teams racing against the clock and the audience cheering on their chosen team. The dog display is all beautifully performed to music and includes an informative and amusing commentary by Martin Winfield.

The dogs well-being and care is always the priority, as the handlers treat their dogs with compassion and above all patience. Some of the dogs have been rescued and perform spectacular stunts like parallel bar walking and fire retrieving. The team has had countless appearances on National TV including, "That's Life", "The Wogan Show", "TFI Friday" "The Generation Game", "The Pets Rescue Road Show", "Rolf's amazing animals", BBC Children's TV, "ITV This Morning" and "Dogs With Jobs" for The National Geographic Channel on Sky TV.

Move away from the main ring, and take your time wandering in and out of the tents and admire the entries in Horticulture, Floral Art, Homecraft and Domestic Pets. Outside witness the showing and judging of Horses, Cattle, Sheep and more, then watch the Grand Parade for the results.

In addition to this there are over one hundred trade stands, seventy craft stands, and a whole tent filled with local food and drink goodies. The children's pets corner, bouncy castle and display of vintage and modern tractors will keep little ones entertained while adults can enjoy live folk style music and a licensed bar whilst admiring the display of classic cars.

There is plenty of free parking but for those of you wishing to be eco friendly or make use of the bar, there will be a FREE tally ho bus running from Kingsbridge Quay. The show is held at Borough Farm, TQ9 7QP just one mile north of Kingsbridge on the A381.