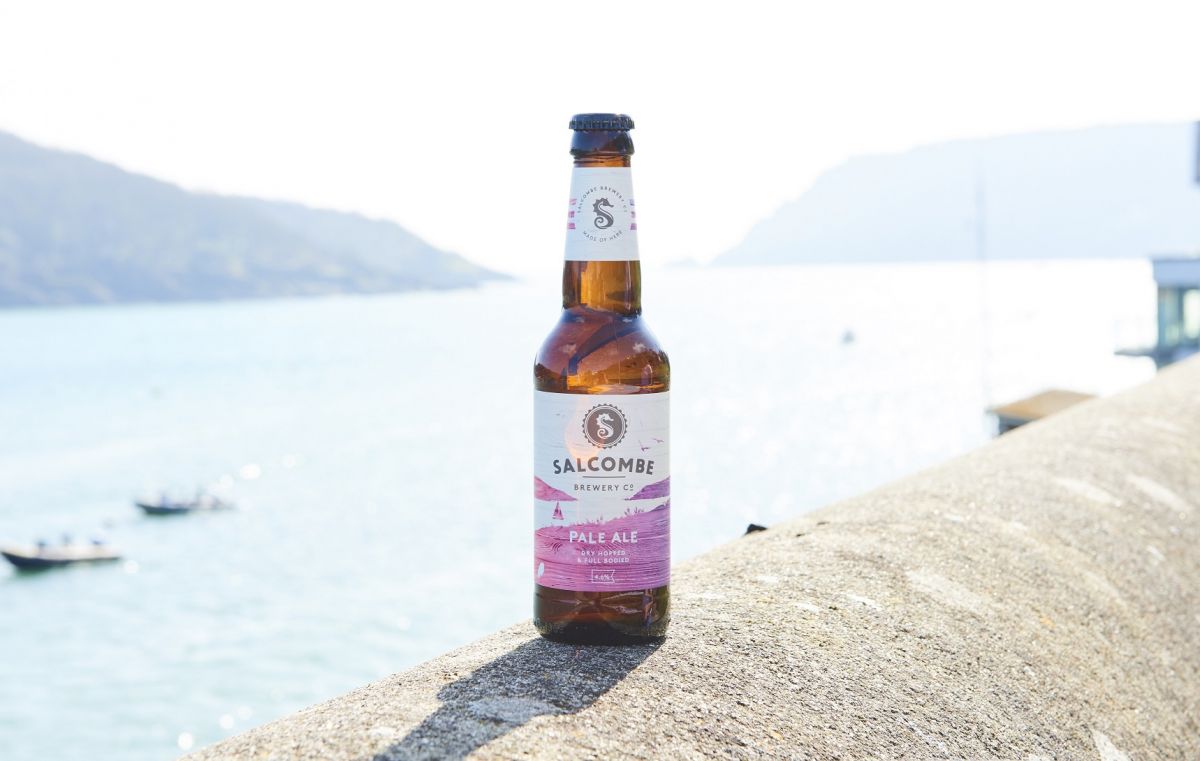 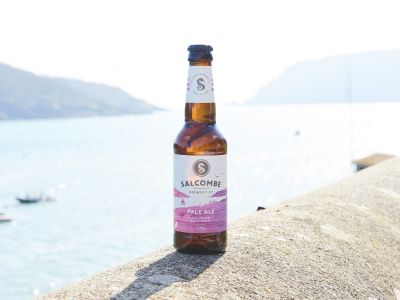 One year on from moving into its new state of the art, innovative brewery at Estuary View, Salcombe Brewery has just introduced its new Salcombe Pale Ale as its first keg product adding to the already outstanding range of craft beers. Pale ale is fast becoming the drink of choice amongst Millennials and Salcombe Pale Ale is deliciously thirst quenching for all on a hot summer’s day.  It is available direct from the keg in top pubs, bars and restaurants and in a 330ml bottle to take home*.

The new Salcombe Pale Ale (4.6%) sits alongside the existing beers in the range, which include the highly popular Seahorse, Lifesaver, Devon Amber, Shingle Bay and Salcombe Gold, and is a classic pale ale with a twist.  It has its heritage embedded in the Salcombe citrus fruit trade. Using ingredients that would have been found in Salcombe in the 19th century, it has a bouquet of orange, pink grapefruit and anise.  This dry hopped, full bodied pale ale boasts a robust structure and complex flavour.

Sam Beaman, who joined Salcombe Brewery as one of the two brewers last year following a Masters Degree in Brewing at Nottingham University, comments: “It’s been exciting to create a new beer which we know will have a huge following as it’s so on trend.” Sam continues: “Part of the great appeal of being a brewer is that you can continually be innovating as well as ensuring that everything made is of the highest possible standard.”

As Devon enters its busiest time of the year with tourists coming from all over the country, Salcombe Brewery is anticipating its on-site bar at Estuary View, during the two-hour brewery tours offered, to be buzzing with beer lovers.

Commenting on this, owner of Salcombe Brewery, John Tiner says: “We’re really proud of our local surroundings, our world class brewery and our much-loved beers and it is a great pleasure to be able to share these with visitors. The brewery tours are a fantastic way to learn about the brewing process and for those keen on getting hands on and actually brewing their own beer, we run a full Brew Day. Both options come with the all-important sampling in our tap room and have proven to make very popular gifts as well as group events.”

The fabulous 20-barrel brewery with four fermenting vessels is capable of producing 350 casks per week.  Designed in harmony with its surroundings, the innovative brewhouse utilises the natural ambient temperature of the underground facility for storing ales at the optimum conditioning temperature and this has helped to make the site as energy efficient as possible. Another natural benefit of the location is that it has its own borehole which supplies the brewery with its own source of pure Devonian water for the brewing process and is sited on a decommissioned water reservoir.

The site also boasts a Brewery Shop which is open throughout the week from 10am to 4pm and on some Saturdays 10am -4pm (seasonally). Customers are able to purchase their favourite bottled and draught beers from their regular and seasonal range in the on-site shop, which also stocks a selection of gift packs and branded merchandise, perfect presents for any Salcombe beer lover.

The two-hour brewery tours take place from 3 – 5 pm on Thursdays (weekly during high season and monthly during the rest of the year) and cost just £10pp.  Brewery tours can be purchased on the online shop (www.salcombebrewery.com/productcategory/brewerytours/).  For the full Brew Day and Private Brewery Tours for groups, contact Salcombe Brewery direct.  Prices start from £80pp for the full Brew Day and £10pp for the Private Brewery Tours for groups and can include a varied array of food from the brewery’s on-site kitchen.